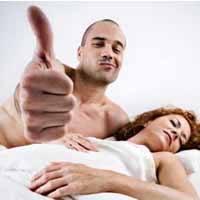 Here at PEGym, we know one thing —

How do we know this? More than a decade of members telling us so!  (Check out our Success Forum!) Thousands of members have reported penis enlargement gains, with penis extenders, like the Phallosan Forte.

However, one of the things we also know is male enhancement is an industry where a lot of promises are made – some from some less than scrupulous companies. So, I like to share actual medical studies (ones performed by real researchers and published in scholarly journals, not “studies” performed by companies just looking to promote their product) from time to time.

This prospective study was performed on subjects complaining about “short penis” who were presented to the authoring doctors’ clinic. After measuring the penile length in flaccid and stretched forms and penile circumference, patients were instructed to wear the penis extender for 4–6 hours per day during the first 2 weeks and then 9 hours per day until the end of the third month.

The subjects were also trained how to increase the force of the device during determined intervals. The patients were visited at the end of the first and third months, and penile length and circumference were measured and compared with the baseline measurements.

The primary end point of the study was changes in flaccid and stretched penis lengths compared with the baseline size during the 3 months follow‐up.

Twenty-three men, with a mean age of 26.5 years old participated in the study. Here were the results: 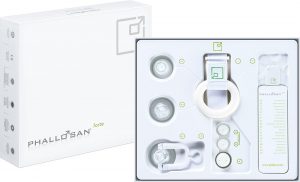 The key to penis extender effectiveness is wearing it consistently, for the proper amount of time. This is the primary reason men don’t get the results they want – not being able to spend 9 hours a day wearing an extender.

This is why we love the Phallosan Forte. It’s unique design makes it so comfortable and so discreet, you can wear it under regular clothing (even jeans!), and go about your day. It’s even so comfortable, many men sleep with it on!

Big Al, of MaleEnhancementCoach.com, answers a question about emotional visualization for training, in this Ask the Experts article.

If you have questions you’d like answered in an Ask the Experts article, please PM Kimberly at forum name – KMWylie – and she’ll have the experts here on PEGym get your questions answered.

Q. I have a really hard time focusing on the emotional visualizations part of training…

…Distractions then frustration kicks in and I just lose all hardness. I get bored very easily too. Is there something I can do to make my training sessions better?

Big Al: If you want to MAXIMIZE your male enhancement training gains here’s the most essential advice:

First, your mind state- male enhancement training does NOT work well when you engage negative emotions like fear or self-loathing. The penis doesn’t operate well under negative emotional conditions. When you begin your exercises clear your mind. Sometimes picturing a field of white light can be useful. Focus solely on the tactile sensations you’re inducing. At the same time attempt to emote a feeling of confidence and being unencumbered. Inducing [at least] a neutral mind state so you can focus on emoting confidence and a feeling of being unencumbered will maximize your immediate EQ. If your mind starts to drift then take a deep breath and mentally re-center yourself.

Second, make it a goal over time to raise your EQ as high as possible- even beyond the levels needed for proficiency in sexual performance. The higher your EQ, the more tissue expansion you’ll get. At the very least you’ll need to keep increasing your EQ in the same proportion as your size gains in order to merely maintain the same level of functioning.

Third, log all of your training details so you’ll ensure regular reviews and ask questions when you have them. While I review all active standard client
journals every few weeks, I can review your journal at anytime. Keep a log also makes you accountable.
As far as boredom- remember why you’re training in the first place. Develop the mental discipline to understand that work is required for progress. Also understand that training time is “you” time. Learn to train distraction-free and love your training. If you repeat the habit often enough you’ll develop the necessary discipline to train successfully.

This is something which may take some getting used to but once you turn the corner on this procedure you’ll realize the great benefits to be had.

A lot of men come to PEGym with the thought that they MIGHT want to try penis enlargement. Most of them, after really reviewing our information and reading about the success stories in our Success Forum, realize that penis enlargement IS possible. However, they’re often still unsure if they want to take on the commitment it takes to really be successful.

Although I will argue that most mean don’t NEED penis enlargement, I definitely think there are some really valid reasons for why men WANT a larger penis. Here are. my four top reasons why you should want a larger penis..

I’d love to hear what your motivations are for pursuing penis enlargement. Please reply in the comments section why you want a larger penis!