This article is a repost which originally appeared on Firstpost.

Male infertility is a topic that is rarely discussed. However, doctors have seen an increase in the number of male patients coming to sexual health clinics to seek help in recent years. Doctors have seen that different sexual health problems are being reported by men which were not prevalent before, also indicating more awareness and openness regarding male sexual health.

A study published in the journal International Journal of Impotence Research on 1 July 2020 stated that there has been a switch in the sexual problems which males complain about now.

The scientists accumulated complete data of 2,013 patients who were continuously evaluated by a sexual medicine expert between the years 2006 to 2019. The scientists found that 824 patients were assessed for erectile dysfunction, 369 patients were diagnosed with curvature of the penis (Peyronie’s disease), 322 patients had premature ejaculation, 204 suffered from low sex drive and the remaining 294 had other sexual dysfunctions.

In this study, the scientists found that earlier, more men were diagnosed with erectile dysfunction and premature ejaculation. However, more recently, men have been diagnosed with low sexual desire and Peyronie’s disease.

With the successful treatment options for erectile dysfunction such as Viagra and Cialis and awareness, men have been reporting more about other sexual dysfunctions as well.

Cap-Score: A test to find out sperm quality

Male infertility is one of the major reasons behind the increasing numbers of in-vitro fertilization (IVF) cases throughout the world. Earlier tests like semen analysis, also called seminogram, were done to find out the quality and ability of sperm to fertilize. However, due to the lack of an appropriate diagnostic test for evaluating the fertilizing ability of men, most of the infertility cases get classified as idiopathic or unexplained.

In a recent research article in the journal Reproductive BioMedicine Online, scientists from various universities in the US used Cap-Score to test the sperm capacitation of males.

Sperm capacitation is a natural process where the spermatozoa (motile male sex cell) changes its shape to be able to penetrate and fertilize the female egg. The Cap-Score is a test which determines the percentage of sperm that undergoes capacitation in a certain amount of time. Usually, 35 percent of sperms of a man with normal fertility would undergo capacitation.

In this study, the scientists took the sperm samples from 292 patients and tested their ability to reproduce with the help of traditional sperm analysis test and Cap-Score. Out of these patients, 128 couples became pregnant after three cycles of Intrauterine Insemination (placing sperm inside a woman’s uterus to facilitate fertilisation).

The scientists found that those with high Cap-Score were able to fertilize more efficiently and resulted in a higher number of pregnancies. The scientists also found that men who constantly questioned their fertility showed impaired or reduced capacitation ability.

Scientists found that traditional semen analysis is unable to identify impairments in fertilising ability, which typically leads to a diagnosis of idiopathic infertility. The scientists found that unlike the traditional semen analysis, capacitation is a better test which helps in determining whether or not there would be a successful generation of pregnancy.

Both these studies indicate that with better awareness of male sexual health issues, men choosing to report as well as get treatment for these diseases, and with the widespread adoption of better sperm analysis tests like the Cap-Score by the medical community, male sexual dysfunction and infertility can be better addressed globally.

For more information, read our article on Low Sperm Count.

Health articles in Firstpost are written by myUpchar.com, India’s first and biggest resource for verified medical information. At myUpchar, researchers and journalists work with doctors to bring you information on all things health. 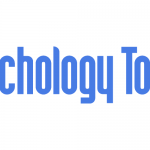 The Economic Impact of Erectile Dysfunction 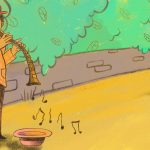