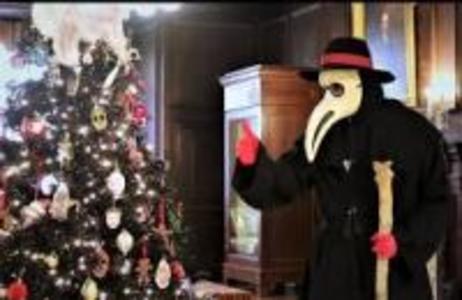 Only up until recently has the medical field acknowledged Pelvic Floor Overactivity as an actual medical condition, and because of this, there is still a lot of ignorance and misinformation on the internet advising men on things regarding their sexual health and activity. This article hopes to point out some of the misinformation dwelling on the internet and talked about among lay people. The topics in this article range from the “pelvic floor issues mean weakness” platitude all the way to bicycle seats and finally, just flat out poor advice. So, sit tight (well, relaxed actually) and we’ll jump right into it. 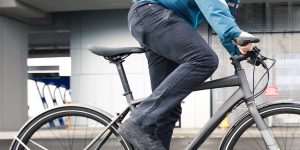 For those of you unfamiliar with the topic of pelvic floor dysfunctions (hypertonia), this link will be of great assistance to you. While I am not going to go into detail about what pelvic floor overactivity/dysfunction is, I will briefly discuss a condition that is caused by pelvic floor overactivity, and that is Chronic Prostatitis/Chronic Pelvic Pain Syndrome. According to Wikipedia, it affects up to 2%-6% of men at some point in their lives,[1]and that number might even be higher because the condition is so poorly understood that the patient may never even get a diagnosis
The existence of this condition is proof that pelvic floor issues are not exclusive to women, which is an extremely common and unfortunate misconception to a degree that it can be safe to assume “Mainstream pelvic floor information” is rather sexist. Men are just as susceptible to these types of medical conditions as women. Knowing this and seeing all of the misinformation existing on the web, I believe it is extremely productive and also proactive to say that there is a big need for what I would call, “pelvic floor health awareness.” Now I will get into why we need this so called “pelvic floor health awareness” and list some examples of the so called misinformation residing on the internet for unlucky victims to stumble upon.

The first and possibly most important topic I am going to address is the “pelvic floor issues must mean weakness” platitude that exists all over the internet and even among medical professionals and physiotherapists. The idea was that people (usually the elderly) had urinary incontinence due to the muscles being too weak, and the treatment for that was Kegel exercises. Now, although there is truth to this, the frustrating thing is the fact that many people today are so familiar with this and so unfamiliar with the other side of the fence that the typical advice given is Kegel exercises for strengthening. Not only is this advice wrong, but it is also detrimental to the patient because as you probably guessed, it will lead them down the wrong path making the problem much worse.
The problem isn’t weakness, the problem is overactivity (hypertonia). One does not need to have a weak pelvic floor for it to be overactive. A common example is bodybuilders who do a lot of weighted squat exercises (or just any kind of heavy lifting in general. These individuals are at a greater risk of having pelvic floor tension because squats (even if done properly) require one to tense their whole pelvic and core to protect the back from injury. According to Pelvic Floor First, “As an example, many people who spend a lot of time working out and holding onto their core muscles can develop tension in their pelvic floor because they keep these muscles switched ‘on’ without giving the muscles times to relax and let go.”[2].
So, the pelvic floor can be perfectly strong but overactive, and it is vital to not confuse these two elements. Now this isn’t to say that one can have a weak and overactive pelvic floor. It mostly just depends on the cause (mind you there are numerous). I will get more into the types of pelvic floors in my next article so stay tuned but anyways, I digress.
The takeaway here is that patients with these tense pelvic floors should not be concerned about weakness or strength as it does no benefit to be concerned with weakness or strength when one’s pelvic floor is overactive, the one and only priority should be treating the symptoms of the tension with a combination of reverse kegels, relaxed squatting, relaxation techniques, meditation, yoga, and diaphragmatic breathing.

The next topic to address is the over-hype that Kegel exercises get all around the internet and the lack of solid, specific instruction when recommending such exercises. Usually, the attitude is, “Kegels, Kegels, and more Kegels!!” …and this advice is enormously irresponsible. “Kegels are no good for a hypertonic or “tight” pelvic floor. “For decades doctors, PTs, trainers, therapists, you name it, have been hammering away at women—and men too—that if they want to strengthen their pelvic floors, they must do their kegels.”[3]

Rarely do these online articles ever mention anything about the risks associated with over doing Kegels or the need for reverse Kegels to maintain balance in the pelvic floor. In most cases, they don’t even bother to tell you how many to do and some people even suggest doing them constantly! I cover a lot more about this in my previous article, so I will leave it at this. Another example of bad advice is stimulating the prostate via Kegels during stimulation. This is a very bad idea because first, it causes premature ejaculation and second, it trains the muscles to tense during stimulation and if there is additional pressure added to the prostate/perineum such as when sitting down, sitting up in bed or even laying down then the muscles will become trained to tense when that same pressure is applied, leading to pain in the prostate, perineum and rectum, especially when sitting. This may also lead to urinary frequency or urgency.
Next, we have bicycle seats. Yes, bicycle seats. As you may have guessed, they too add pressure to the perineum and the sensitive nerves in that area. According to a study done on pelvic floor issues and bicycle seats, “On the other hand, cycling can trigger nerve trauma, numbness and, for some men, erectile dysfunction. Known as bicycle seat neuropathy, it is the result of the compression various nerves and blood vessels. Several studies of long distance riders have found pain and/or numbness in the perineal area for both men and women. Bicycle seat shape and position are the major factors.”[4] Even more damning, “Other NIOSH studies showed that pressure on a traditional (nosed) bicycle saddle in the area under the bicyclist’s groin is typically 2.90 pounds per square inch during cycling and may reach as high as 5.37 pounds per square inch. As a point of reference, the pressure on an arm blood pressure cuff needed to restrict blood flow in the arteries is about 120 mm Hg, which is equal to 2.32 pounds per square inch.”[5]

So now you might be wondering, why does all of this happen? The reason behind all of this lies in the functioning of the pelvic floor muscles. They function differently than any other muscles in our body because they actually never stop working, if they did, we would be incontinent. Because of this, they are very trainable, and some people’s pelvic floor muscles might be more trainable than their fellow bikers for example, which implies a genetic component could be at play here.

A final topic to discuss is the dangerous “kegeled stretching,” or simply Kegeling while stretching the penis. This puts an unreasonable amount of stress on the BC muscle because the muscle sits in between the PC muscle and the penis. When the penis is being pulled, the BC muscle is being pulled in that direction, now if a Kegel is being added to the formula then the BC muscle is also being pulled in the opposite direction towards the PC muscle. Think of it as tug of war in the genitals. Overtime, this can cause the soft skeletal muscles (IC or BC) to become strained or even torn. At that point the entire pelvic floor will tense in response to this injury and the pelvic floor will become hypertonic, requiring rehabilitation by a licensed physiotherapist. At this point both hard flaccid and even fibromyalgia could be in the mist. The hard flaccid is due to the tension in the pelvic floor restricting blood flow to the penis and some theorize that fibromyalgia is caused by the stress on the nerves sending pain throughout the genitals, perineum, groin, and inner thighs. Even once the tension has been relieved, those nerves have now been affected and begin to perceive pain that isn’t actually there.

It is important to mention that this has absolutely nothing to do with conditioning; no amount of conditioning can protect the muscles from this unreasonable straining. To make matters worse, most doctors won’t be able to help because this is an extremely rare injury, as most people don’t know about penis stretching nor engage in it.The goal of this article isn’t to scare anyone, it is to merely mitigate the risks associated with pelvic floor dysfunctions and CP/CPPS. As someone who has suffered from both, it is grueling and believe me, I would never wish it upon anyone. Instead of treating myself and leaving, I have decided to step up and make a change, to bring awareness to the public about a very painful and mentally draining condition that is hardly treatable by our loving medical community. It is my hope that I can be an influence on anyone, because it is clear that lots of men and women are at risk of these conditions, not just the male enhancement community. Menu
PrevPreviousThis Japanese secret to a longer and happier life is gaining attention from millions around the world
NextWill We Live Longer in the Future?Next
On Key