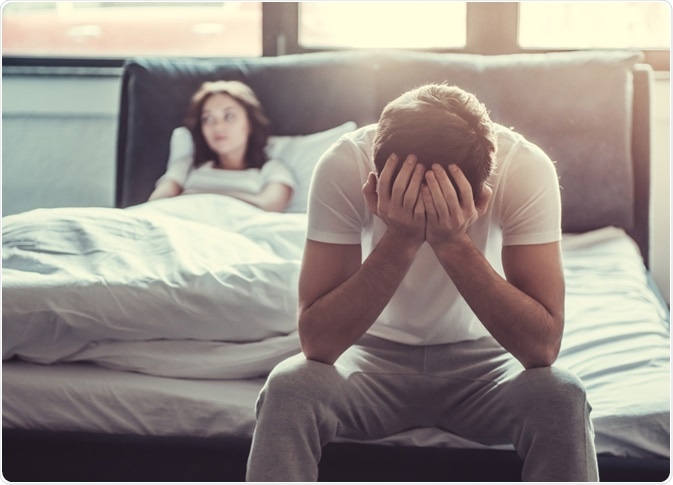 This article is a repost which originally appeared on NEWS MEDICAL

Impotence, which is also known as erectile dysfunction, is the inability to get and maintain an erection for intercourse. While the occasional issue with impotence is not considered rare or cause for concern, persistent issues can cause severe stress and be a sign of an underlying health issue. The causes of impotence can include physical and psychological sources.

The processes around sexual arousal are complex and can be difficult to distinguish. For males, the sexual arousal process involves the brain, hormones, emotions, nerves, muscles, and blood vessels to achieve an erection.

As such, impotence can stem from any of these areas or a combination of them. For example, impotence caused by blood vessel issues can be worsened by subsequent stress and mental health concerns.

Vascular causes of impotence are among the most common causes of impotence. In some cases, impotence can be a symptom of progression towards cardiovascular disease. For example, impotence is common in people with atherosclerosis and can later progress into heart disease. If the veins are unable to close during an erection, this can cause impotence as it hinders the erection from being maintained. This is called veno-occlusive dysfunction.

Veno-occlusive dysfunction can be caused by the development of venous channels that drain blood from the corpora cavernosa where blood would otherwise be trapped during health erections. Veno-occlusive dysfunction can also be caused by deleterious alterations to the tunica albuginea, which would otherwise be responsible for stopping blood from leaving the penis. These alterations can occur as a result of old age, diabetes, or Peyronie’s disease. Other causes include traumatic injury, alterations to muscles around the area, and shunts that are acquired during certain surgery.

Neurological issues are another physical cause of impotence. This can occur as a result of diseases, such as Parkinson’s or Alzheimer’s disease, or due to trauma and injury. These can cause impotence by both decreasing libidos and by inhibiting the onset of an erection. In the event of spinal cord injury, the effect on impotence can depend on the nature, location, and extent of the injury. Similarly, neurological issues can be the cause of impotence in old age as sensory stimuli abate with age.

There is some evidence that hormonal issues can cause impotence. A deficiency in androgen, a hormone needed for male sexual characteristics and sex drive, can lower nocturnal erections and decrease libido. However, there is also evidence that erections in response to sexual stimulation still occur in patients with decreased hormonal activity, meaning androgen is not essential.

Psychological issues can range from serious mental disorders, such as schizophrenia, to issues in the relationship with whom impotence occurs. The brain is a starting point for sexual arousal, and issues at this stage can be detrimental to the onset of an erection.

Mental health issues such as depression have a particularly strong link to impotence. This can be due to a lack of libido, performance anxiety, or persistent loss of interest and enjoyment. In schizophrenic people, lowered libido is the main cause of impotence. Some drugs to treat schizophrenia can increase libido, but there can still be persistent issues with erections and orgasms.

While the causes of impotence can be physical and psychological, there are certain lifestyle and medical factors that can increase the risk of these causes. For example, using tobacco can restrict blood flow the veins and arteries and can thus, over time, lead to vasculature issues which lead to impotence.

Age is one of the biggest risk factors in impotence. Impotence occurs in around 20-40% of older men. Studies have found that the risk of impotence rises by 10% every year in men aged 40-70 years old. The reasons for this are numerous: the penis becomes less sensitive to stimulation, hormone levels decrease, cardiovascular issues become more common, and libido naturally decreases with age.

Other risk factors include obesity, injuries that damage nerves or arteries that are involved in erections, persistent drinking, or alcoholism. Impotence can be avoided by sometimes making changes to lifestyle, such as reducing drinking and smoking but may sometimes need focused treatment. Other times, medical treatments such as radiation treatment or prostate surgery can be risk factors for impotence and may be needed to save the patient’s life.