Can Specific Foods or Diets Boost Your Testosterone Levels? 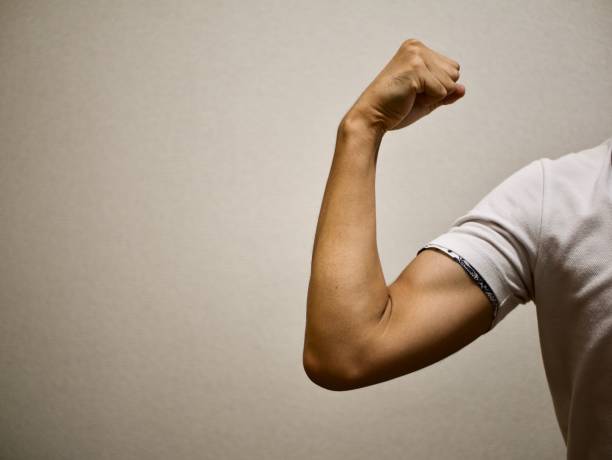 Can Specific Foods or Diets Boost Your Testosterone Levels?

What you eat or drink may affect levels of the male sex hormone, but whether a diet can increase libido or energy depends on many things.

Can I increase my testosterone levels through the foods I eat? And if so, which foods or diets work best?

Many men, particularly as they age, are concerned about their levels of testosterone, the male sex hormone touted to build muscle, sex drive and vigor. But individual foods are unlikely to have an impact on testosterone levels — though drinking excessive amounts of alcohol might. If you are overweight, altering your diet to lose weight may help, since carrying excess pounds is a common cause of low testosterone. But in terms of specific foods or diets, any uptick you achieve may not have a noticeable impact on libido, energy or muscle mass.

“If someone was not overweight, I wouldn’t put them on a specific diet to raise testosterone based on the data we have now,” said Alexander Pastuszak, an assistant professor of urology and surgery at the University of Utah in Salt Lake City, who co-authored a review on alternatives to testosterone therapy.

In men, normal testosterone levels range from 300 to 1,000 nanograms per deciliter of blood. Ups and downs within that normal range are unlikely to have any impact on sex drive or vitality. Only when levels consistently drop below 300 points — as confirmed in two blood tests by an accredited laboratory — are symptoms like low libido, erectile dysfunction, fatigue, low mood or loss of muscle mass likely to appear, a medical condition known as hypogonadism.

Starting at around age 40, men’s testosterone levels start to decline by about 1 percent per year. But the drop can vary tremendously, with some older men maintaining levels similar to healthy young men. The trajectory of falling testosterone is steeper among men who gain a lot of weight, said Dr. Shalender Bhasin, professor of medicine at Harvard and the director of the Research Program in Men’s Health: Aging and Metabolism at Brigham and Women’s Hospital.

Studies on foods or diets and testosterone levels have generally been small and the findings far from conclusive. A recent British review that pooled data from 206 volunteers, for example, found that men on high-fat diets had testosterone levels that were about 60 points higher, on average, than men on low-fat diets. Men who followed a vegetarian diet tended to have the lowest levels of testosterone, about 150 points lower, on average, than those following a high-fat, meat-based diet. Still, Joseph Whittaker, the lead investigator and a nutritionist at the University of Worcester in Britain, said he would not recommend a man increase the fats in his diet unless he had low testosterone levels and symptoms of low T and was already restricting fats.

Similarly, a study of 3,000 men found that those who reported eating a low-fat diet had slightly lower testosterone levels — about 30 points lower — than men who ate higher-fat diets. But none of the men had low testosterone.

“The moral is that healthy men who are of normal weight with no significant comorbidities are unlikely to benefit from restrictive diets,” said Dr. Richard J. Fantus, one of the study’s authors and a urologist at NorthShore University HealthSystem in Evanston, Ill.

Diet studies are complicated, because changing one component of the diet, such as fat intake, alters so many other things, such as the amount of carbohydrates, protein and micronutrients consumed. It’s unclear which component of the diet may have prompted the hormonal changes, Dr. Bhasin said. Furthermore, testosterone levels may also be shaped by how much a person sleeps, or whether they are jet-lagged, or if they are eating most of their calories at night or in small meals throughout the day.

Dr. Faysal Yafi, chief of the division of Men’s Health and Reconstructive Urology at the University of California, Irvine, says his patients who opt to follow specific diets tend to start exercising more and drinking less alcohol, all of which can raise testosterone levels. He suspects any links between diet and testosterone may be the result of an overall healthier lifestyle.

Some men worry that eating lots of soy foods may cause their testosterone levels to fall, because soy is rich in isoflavones, which mimic the structure of estrogen. But the evidence doesn’t support their concerns, even if men eat foods like miso, tofu or soy milk at every meal. (Doctors did report one anecdotal case in which a 19-year-old man with Type 1 diabetes who followed a vegan diet containing 360 milligrams of soy isoflavones daily — nine times higher than a typical Japanese diet, and 100 times higher than the typical American diet — developed low testosterone levels along with low libido and fatigue. His symptoms improved when he stopped eating the soy-heavy, vegan diet.)

Obese men who have low levels of testosterone can increase levels by cutting calories and losing weight — the type of diet does not matter, studies suggest. On the opposite extreme, Dr. Bhasin said he is seeing an increasing number of men at his clinic who have body dysmorphic issues and are suffering from low libido and fatigue. Strict calorie restriction, exercising intensely and being chronically stressed can all cause testosterone levels to plummet and are likely to blame, he said.

The bottom line is that for otherwise healthy men who are following a reasonably healthy lifestyle, fiddling with specific foods or the composition of the diet is not likely to make much of a difference on the testosterone score card. As Dr. Fantus of NorthShore University put it: “I don’t think there is a way to game the system to get really large increases by changing the diet.”