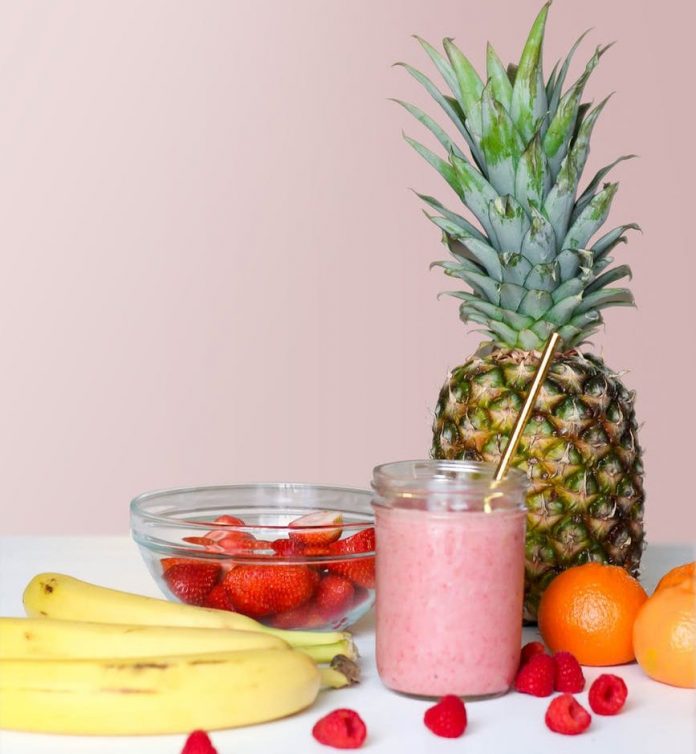 An international team of scientists has identified a new connection between certain molecules produced by the microbiome and the function of a protein that impacts gut inflammation.

This finding takes researchers from the University of Bath and the University of Massachusetts Chan Medical School (UMass Chan) closer to understanding how a good balance of microbes in our guts is linked to the body’s immune system and intestinal health. It also raises the possibility of new treatments being found to manage debilitating inflammatory diseases of the gut, such as Ulcerative colitis and Crohn’s disease.

The two classes of molecules identified by the study’s authors are short-chain fatty acids and secondary bile acids. The researchers have not established exactly how these molecules influence the production of P-gp. They plan to examine the role these molecules play in gene and protein regulation in future work.

Both molecules exist in the gut in healthy quantities only when certain microbes are given the right conditions to thrive in the microbiome. These microbes contribute to the digestion of food elements, such as fiber and green leafy vegetables. The researchers’ findings support the growing bank of evidence that the health of a person’s microbiome, and therefore their overall wellbeing, is closely linked to diet.

The intestinal microbiome differs from person-to-person, but overall, an appropriate balance of key microbes is known to be linked to a healthy intestine. This balance can be disturbed by changes to the diet. In particular, a western diet high in simple sugars and fats, and low in plant-based protein, has been associated with a decrease in the quantities of bacteria in the gut that produce short-chain fatty acids and secondary bile acids.

The protein that gets the gut speaking to the immune system

P-glycoprotein (P-gp) — the protein studied in this work — allows the intestine to communicate with the immune system through the gut wall.

For some years, this has been a protein of concern in cancer research because of its capacity to pump chemotherapy drugs out of cancer cells, thus reducing the drugs’ ability to fight tumors. However, the very mechanism that makes P-gp problematic in treating certain cancers makes it beneficial in helping the intestine maintain homeostasis — that is, a state of equilibrium where chronic inflammation is subdued.

For the past 10 years, scientists have been aware that through its action of pumping out foreign substances, including toxins, P-gp plays a critical role in protecting the surface of the gut. High levels of the protein correlate with a healthy intestine. In inflammatory diseases, such as inflammatory bowel disease, expression of P-gp appears to be reduced.

Yet, despite an understanding of the role of P-gp, until now the mechanisms controlling its expression and regulation have remained unknown. The findings of the new study, combined with earlier work at UMass Chan, explain how the microbiome can affect P-gp expression. This gives important insight into a key aspect of the microbiome and how it regulates health and disease in the gut.

In earlier research, the team of scientists from the US and UK demonstrated that P-gp releases anti-inflammatory compounds into the gut. These molecules, known as endocannabinoids, are chemically similar to cannabis but produced by the human body, and are key to keeping inflammation in the gut in check. If these endocannabinoids are reduced or not present, inflammation can flare up. The molecules identified in the new study prompt P-gp to release those all-important endocannabinoid molecules.

The research, led by graduate student Sage Foley and Professor Beth McCormick at UMass Chan in collaboration with graduate student Merran Dunford and Professor Randy Mrsny from the Department of Pharmacy & Pharmacology at Bath, builds on previous research by the team that demonstrated how the anti-inflammatory P-gp pathway is constantly balanced with a pro-inflammatory process. These opposing pathways communicate to keep the gut healthy: in the absence of an infection, the anti-inflammatory P-gp pathway is active to suppress unnecessary inflammation, while the pro-inflammatory pathway is poised ready to launch an immune response to protect against intestinal infection.

The team’s findings provide exciting new opportunities for the management of inflammatory intestinal diseases. Potential future treatments could include the delivery of specific bacteria or bacterial products to a person’s gut, or dietary changes that would support a microbiome to promote or sustain P-gp expression in the intestine, thereby protecting against unwanted inflammation.

Inflammatory bowel disease is linked to genetics and environmental conditions that include (but are not limited to) diet, exercise, lifestyle and antibiotic use. Ulcerative colitis, the most common form of inflammatory bowel disease worldwide, is a chronic, debilitating disease with no cure. Symptoms include abdominal pain, severe cramps, persistent diarrhea or constipation, weight loss and severe intestinal inflammation. While current treatments can reduce inflammation and symptoms, there is nothing available today to treat the underlying disease.

Ms Dunford said: “The upshot of this research is that we now know the specific molecules produced by the microbiome bacteria that are linked to P-gp, and hence, a healthy intestine. These molecules work in concert to stimulate P-gp to increase the release of endocannabinoid molecules, which suppress intestinal inflammation.”

Ms Foley added: “We are excited to find that not only is there a link between the gut microbiome and P-gp regulation in the intestine, but that two classes of microbial molecules actually work together to trigger expression of P-gp.

“This highlights the importance of a functioning core microbial community to have maximal impact on the human body. While even within an individual the relative abundance of microbes can fluctuate, we’re beginning to understand the importance of nourishing the microbial community as a whole. Though there is still much to explore, we suspect this may be possible through changes to the diet or through the delivery of groupings of microbes.”

Commenting on the research, Ruth Wakeman, director of services, advocacy and evidence at Crohn’s & Colitis UK, said: “We welcome research that helps increase understanding of how environmental factors, diet and gut microorganisms may influence conditions such as Crohn’s and colitis. We hope that research such as this will lead to new and improved methods of managing the conditions in the future.”

What is the microbiome?

The human microbiome is a hot topic for research worldwide. Research in this area has surpassed $1.7 billion in the past decade.

The microbiome is the name for the population of microorganisms (including bacteria) that live in a person’s intestine. We have over 100-trillion different microbial organisms in our gut — that’s 10 times more than all the human cells in a body. The intestinal microbiome is vital in keeping us healthy. The new research shows for the first time the core microbes that are important for regulating levels of P-gp in the gut and its ability to function.

Distinct microbial communities live in and on nearly every part of the human body, including on the skin, in the nose and in the gut. These microbes live symbiotically with the host and are essential for our bodies to function. No human has the same microbiome. Our gut microbiome changes throughout our lives and is largely dependent on the microbes passed on to us from birth and diet.

Disturbances to the microbiome are linked to diseases including inflammatory bowel diseases. Understanding how the microbiome communicates with the cells lining our intestine and how that process is affected in disease is important. Moreover, as part of the symbiotic relationship between the microbiome and the human body, bacteria of the microbiome depend on components of the diet, such as fermentable fiber, for their growth.

Dietary changes such as alterations in fiber, protein or fat content have been linked to shifts in the relative amounts of bacterial species in the microbiome. Therefore, it is possible that certain alterations to the diet may drive beneficial bacteria to promote P-gp in the intestine, thereby promoting health. Conversely, a loss of these microbes may trigger or exacerbate inflammation.

Ms Dunford said: “Inflammatory bowel disease (IBD) is a lifelong, debilitating disease that affects at least one in 250 people in the UK alone. Prevalence is increasing, especially in western countries. In diseases such as IBD, the body’s immune response, which is normally helpful in fighting infection, is massively over promoted. This aggressive immune reaction in the gut damages the lining of the patient’s intestine, causing symptoms such as severe abdominal pain and diarrhea.”