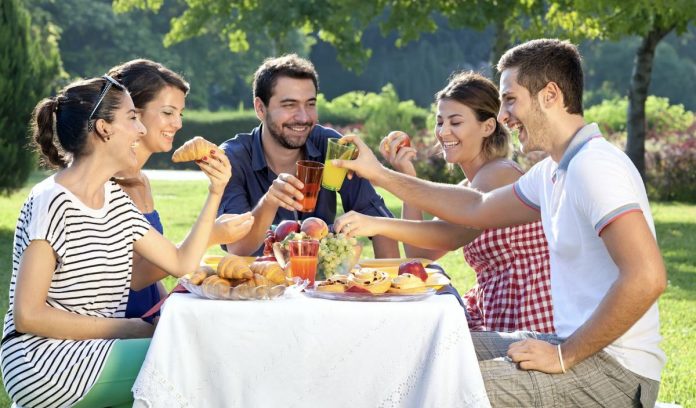 Nearly a decade of extra life — that’s what you get when you move away from eating animal foods and toward a plant-based diet. This is really exciting science for anyone seeking healthy longevity (and who isn’t?)!

According to a recent report on the largest study of vegetarians and vegans to date, those eating plant-based diets appear to have a significantly longer life expectancy. Vegetarians live on average almost eight years longer than the general population, which is similar to the gap between smokers and nonsmokers. This is not surprising, given the reasons most of us are dying. In an online video, “Uprooting the Leading Causes of Death,” Michael Greger, M.D. explores the role a healthy diet can play in preventing, treating, and even reversing the top 15 killers in the United States. Let’s take a closer look at what the good doctor has pulled together…

Heart disease is our leading cause of death. The 35-year follow-up of the Harvard Nurses Health Study was recently published, now the most definitive long-term study on older women’s health. Dietary cholesterol intake — only found in animal foods — was associated with living a significantly shorter life and fiber intake — only found in plant foods — was associated with living a significantly longer life. Consuming the amount of cholesterol found in just a single egg a day may cut a woman’s life short as much as smoking five cigarettes daily for 15 years, whereas eating a daily cup of oatmeal’s worth of fiber appears to extend a woman’s life as much as four hours of jogging a week. (But there’s no reason we can’t do both!)

What if your cholesterol’s normal, though? I hear that a lot. But here’s the thing: having a “normal” cholesterol in a society where it’s “normal” to drop dead of a heart attack is not necessarily a good thing. According to the editor-in-chief of the American Journal of Cardiology, “For the build-up of plaque in our arteries to cease, it appears that the serum total cholesterol needs to be lowered to the 150 area. In other words the serum total cholesterol must be lowered to that of the average pure vegetarian.”

More than 20 years ago, Dr. Dean Ornish showed that heart disease could not just be stopped but actually reversed with a vegan diet, arteries opened up without drugs or surgery. Since this lifestyle cure was discovered, hundreds of thousands have died unnecessary deaths. What more does one have to know about a diet that reverses our deadliest disease?THE ESSENTIAL GUIDE TO TAKING CARE OF YOUR MIND AND BODYSubscribe to HuffPost’s wellness emailThanks!You have been successfully signed up.

Cancer is killer number two. Ah, the dreaded “C” word — but look at this hopeful science. According to the largest forward-looking study on diet and cancer so far performed, “the incidence of all cancers combined is lower among vegetarians.” The link between meat and cancer is such that even a paper published in the journal Meat Science recently asked, “Should we become vegetarians, or can we make meat safer?” There are a bunch of additives under investigation to suppress the toxic effects the blood-based “heme” iron, for example, which could provide what they called an “acceptable” way to prevent cancer. Why not just reduce meat consumption? The meat science researchers noted that if such public health guidance were adhered to, “Cancer incidence may be reduced, but farmers and [the] meat industry would suffer important economical problems…” Hmmm, so Big Ag chooses profit over health; what a surprise.

After Dr. Ornish’s team showed that the bloodstreams of men eating vegan for a year had nearly eight times the cancer-stopping power, a series of elegant experiments showed that women could boost their defenses against breast cancer after just two weeks on a plant-based diet. See the before and after here. If you or anyone you know has ever had a cancer scare, this research will make your heart soar. Because there is real, true hope — something you can do to stave off “the big C.”

So, the top three leading causes of death used to be heart disease, cancer, then stroke, but the latest CDC stats place COPD third — lung diseases such as emphysema. Surprisingly, COPD can be prevented with the help of a plant-based diet, and can even be treated with plants. Of course, the tobacco industry viewed these landmark findings a little differently. Instead of adding plants to one’s diet to prevent emphysema, wouldn’t it be simpler to just add them to the cigarettes? Hence the study “Addition of Açaí [Berries] to Cigarettes Has a Protective Effect Against Emphysema in [Smoking] Mice.” Seriously.

The meat industry tried the same tack. Putting fruit extracts in burgers was not without its glitches, though. The blackberries “literally dyed burger patties with a distinct purplish color,” and though it was possible to improve the nutritional profile of frankfurters with powdered grape seeds, there were complaints that the grape seed “particles became visible” in the final product. And if there’s one thing we know about hot dog eaters, it’s that they’re picky about what goes in their food!

Onward to strokes: The key to preventing strokes may be to eat potassium-rich foods. Though Chiquita may have had a good PR firm, bananas don’t even make the top 50 sources. The leading whole food sources include dark green leafy vegetables, beans, and dates. We eat so few plants that 98 percent of Americans don’t even reach the recommended minimum daily intake of potassium. And if you look at killer number five — accidents — bananas (and their peels) could be downright dangerous!

Alzheimer’s disease is now our sixth leading killer. We’ve known for nearly 20 years now that those who eat meat — including chicken and fish — appear three times more likely to become demented compared to long-term vegetarians. Exciting new research suggests one can treat Alzheimer’s using natural plant products such as the spice saffron, which beat out placebo and worked as well as a leading Alzheimer’s drug.

Diabetes is next on the kick-the-bucket list. Plant-based diets help prevent, treat, and even reverse Type 2 diabetes. Since vegans are, on average, about 30 pounds skinnier than meat-eaters, this comes as no surprise; but researchers found that vegans appear to have just a fraction of the diabetes risk, even after controlling for their slimmer figures.

Kidney failure, our eighth leading cause of death, may also be prevented and treated with a plant-based diet. The three dietary risk factors Harvard researchers found for declining kidney function were animal protein, animal fat, and cholesterol, all of which are only found in animal products.

Leading killer number nine is respiratory infections. With flu shot season upon us, it’s good to know that fruit and vegetable consumption can significantly boost one’s protective immune response to vaccination. Check out the short video “Kale and the Immune System,” and you’ll see there’s not much kale can’t do.

Suicide is number 10. Oh yes, vegan food even has something good to offer on this one! Cross-sectional studies have shown that the moods of those on plant-based diets tend to be superior, but taken in just a snapshot in time one can’t tease out cause-and-effect. Maybe happier people end up eating healthier and not the other way around. But this year an interventional trial was published in which all meat, poultry, fish, and eggs were removed from people’s diets and a significant improvement in mood scores was found after just two weeks. It can take drugs like Prozac a month or more to take effect. So you may be able to get happier faster by cutting out animal foods than by using drugs.

Drugs can help with the other conditions as well, but instead of taking one drug for cholesterol every day for the rest of your life, maybe a few for high blood pressure or diabetes, the same diet appears to work across the board without the risk of drug side-effects. One study found that prescription medications kill an estimated 106,000 Americans every year. That’s not from errors or overdose, but from adverse drug reactions, arguably making doctors the sixth leading cause of death.

Based on a study of 15,000 American vegetarians, those that eat meat have about twice the odds of being on antacids, aspirin, blood pressure medications, insulin, laxatives, painkillers, sleeping pills, and tranquilizers. So plant-based diets are great for those that don’t like taking drugs, paying for drugs, or risking adverse side effects.

Imagine if, like President Clinton, our nation embraced a plant-based diet. Imagine if we just significantly cut back on animal products. There is one country that tried. After World War II, Finland joined us in packing on the meat, eggs, and dairy. By the 1970s, the mortality rate from heart disease of Finnish men was the highest in the world, and so they initiated a country-wide program to decrease their saturated fat intake. Farmers were encouraged to switch from dairies to berries. Towns were pitted against each other in friendly cholesterol-lowering competitions. Their efforts resulted in an 80 percent drop in cardiac mortality across the entire country.

Conflicts of interest on the U.S. dietary guidelines committee may have prevented similar action from our own government, but with our health-care crisis deepening, our obesity epidemic widening, and the health of our nation’s children in decline, we may need to take it upon our selves, families, and communities to embrace Food Day ideals of healthy, affordable, sustainable foods by moving towards a more plant-centered diet. If we do, we may be afforded added years to enjoy the harvest.

* This article is a repost which originally appeared on huffpost.com.

‘Biohacking’ Your Anxiety Is a Buzzy Practice—but What Does It Actually...

10 Things to Stop Doing If You Want a Longer Life

How To Biohack Your Hormones For A Better Mood & SEX...