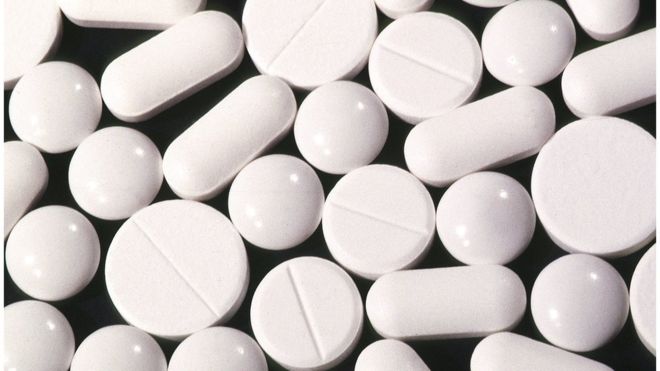 A common class of drugs that doctors prescribe for a number of conditions — from bladder problems to Parkinson’s disease and depression — may increase a person’s risk of dementia, a large new study concludes.

New research by scientists from the University of Nottingham in the United Kingdom has analyzed the link between a certain class of drugs and the risk of dementia.

Their effect is to help relax or contract muscles, and doctors can prescribe them to help treat bladder conditions, gastrointestinal problems, and some of the symptoms of Parkinson’s disease.

In their new study, which looked at data from tens of thousands of participants, the researchers concluded that anticholinergics may increase a person’s risk of developing dementia.

The National Institute for Health Research funded this study, and the scientists published their findings yesterday in JAMA Internal Medicine.

An almost 50% increase in risk

For their study, lead researcher Prof. Carol Coupland and team analyzed the medical records of 58,769 people with dementia and 225,574 people without dementia. They were all 55 years old or above at baseline.

Among those with dementia, 63% were women and the average age was 82. For each person with dementia, the researchers found five control matches of the same age and sex and who attended the same general practice to receive medical care.

Prof. Coupland and colleagues sourced the data from the QResearch database and looked at medical records from between January 1, 2004 and January 31, 2016.

Among these, the most frequently prescribed drugs were antidepressants, anti-vertigo drugs, and bladder antimuscarinic drugs (for the treatment of overactive bladders).

These results remained even after the researchers controlled for confounding variables (or known risk factors for dementia), including body mass index (BMI), smoking status, alcohol use, cardiovascular problems, and the use of other medication, such as antihypertensive drugs.

All in all, the researchers concluded that people aged 55 or over who had taken strong anticholinergics on a daily basis for at least 3 years had an almost 50% higher chance of developing dementia than people who had not used this type of medication.

“However,” he warns, “it’s important that [people] taking medications of this kind don’t just stop them abruptly, as this may be much more harmful. If [people] have concerns, then they should discuss them with their doctor to consider the pros and cons of the treatment they are receiving.”

‘Risks should be carefully considered’

To assess the strength of anticholinergic drugs and how often the participants took them, the team looked at available information about prescriptions over a period of 10 years.

However, they note that this is an observational study, so they cannot confirm whether the drugs are directly responsible for the increased risk of dementia.

The researchers add that doctors may have prescribed some of these drugs to their patients precisely for the treatment of very early dementia symptoms.

“The risks of this type of medication should be carefully considered by healthcare professionals alongside the benefits when the drugs are prescribed and alternative treatments should be considered where possible.”

“These findings also highlight the importance of carrying out regular medication reviews.”

“We found a greater risk for people diagnosed with dementia before the age of 80, which indicates that anticholinergic drugs should be prescribed with caution in middle-aged people as well as in older people,” she concludes.

* This article is a repost which originally appeared on MedicalNewsToday.com

8 Nutrients That Will Optimize Your Eye Health