This was originally published in Engadget by Martin Ford. This is a repost on author Ray Kurzweil. See the original post here.

Artificial intelligence is the technology of tomorrow made manifest today. Thinking machines hold the promise of revolutionizing modern society from transportation and telecommunications to medicine and life sciences. But for all its upsides, AI has the potential to upend economies, disrupt job markets and incur unanticipated consequences at all levels of society.

In his new book, Architects of Intelligence: The Truth about AI from the People Building It, author Martin Ford interviews 23 tech luminaries and thought leaders in AI development to discuss the benefits and pitfalls the technology poses for the industry, the economy and society as a whole.

In the excerpt below, Ford sits down with Ray Kurzweil — Director of Engineering at Google — to discuss how AI-driven nanobots may one day help humans live radically longer, disease-free lives and hardwire augmented reality tech directly into our brains.

MARTIN FORD: You’re also well known for your thoughts on using technology to expand and extend human life. Could you let me know more about that?

RAY KURZWEIL: One thesis of mine is that we’re going to merge with the intelligent technology that we are creating. The scenario that I have is that we will send medical nanorobots into our bloodstream. One application of these medical nanorobots will be to extend our immune systems. That’s what I call the third bridge to radical life extension. The first bridge is what we can do now, and bridge two is the perfecting of biotechnology and reprogramming the software of life. Bridge three constitutes these medical nanorobots to perfect the immune system. These robots will also go into the brain and provide virtual and augmented reality from within the nervous system rather than from devices attached to the outside of our bodies. The most important application of the medical nanorobots is that we will connect the top layers of our neocortex to synthetic neocortex in the cloud.

MARTIN FORD: Is this something that you’re working on at Google?

Two million years ago, we didn’t have these large foreheads, but as we evolved we got bigger enclosure to accommodate more neocortex. What did we do with that? We put it at the top of the neocortical hierarchy. We were already doing a very good job at being primates, and now we were able to think at an even more abstract level.

That was the enabling factor for us to invent technology, science, language, and music. Every human culture we’ve discovered has music, but no primate culture has music. Now that was a one-shot deal, we couldn’t keep growing the enclosure because birth would have become impossible. This neocortical expansion two million years ago actually made birth pretty difficult as it was.

This new extension in the 2030s to our neocortex will not be a one-shot deal. Even as we speak, the cloud is doubling in power every year. It’s not limited by a fixed enclosure, so the non-biological portion of our thinking will continue to grow. If we do the math, we will multiply our intelligence a billion-fold by 2045, and that’s such a profound transformation that it’s hard to see beyond that event horizon. So, we’ve borrowed this metaphor from physics of the event horizon and the difficulty of seeing beyond it.

Technologies such as Google Search and Talk to Books are at least a billion times faster than humans. It’s not at human levels of intelligence yet, but once we get to that point, AI will take advantage of the enormous speed advantage which already exists and an ongoing exponential increase in capacity and capability. So that’s the meaning of the singularity, it’s a soft take off but exponentials nonetheless become quite daunting. If you double something 30 times, you’re multiplying by a billion. 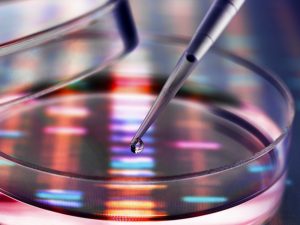 MARTIN FORD: One of the areas where you’ve talked a lot about the singularity having an impact is in medicine and especially in the longevity of human life, and this is maybe one area where you’ve been criticized. I heard a presentation you gave at MIT last year where you said that within 10 years, most people might be able to achieve what you call “longevity escape velocity,” and you also said that you think you personally might have achieved that already? Do you really believe it could happen that soon?

RAY KURZWEIL: We’re now at a tipping point in terms of biotechnology. People look at medicine, and they assume it’s just going to plod along at the same hit or miss pace that they’ve been used to in the past. Medical research has essentially been hit or miss. Drug companies will go through a list of several thousand compounds to find something that has some impact, as opposed to actually understanding and systematically reprogramming the software of life.

It’s not just a metaphor to say that our genetic processes are software. It is a string of data, and it evolved in an era where it was not in the interest of the human species for each individual to live very long because there were limited resources such as food. We are transforming from an era of scarcity to an era of abundance. Every aspect of biology as an information process has doubled in power every year. For example, genetic sequencing has done that. The first genome cost US $1 billion, and now we’re close to $1000. But our ability to not only collect this raw object code of life but to understand it, to model it, to simulate it, and most importantly to reprogram it, is also doubling in power every year.

We’re now getting clinical applications—it’s a trickle today, but it’ll be a flood over the next decade. There are hundreds of profound interventions in process that are working their way through the regulatory pipeline. We can now fix a broken heart from a heart attack, that is rejuvenate a heart with a low ejection fraction after a heart attack using reprogrammed adult stem cells. We can grow organs and are installing them successfully in primates.

Immunotherapy is basically reprogramming the immune system. On its own, the immune system does not go against cancer because it did not evolve to go after diseases that tend to get us later on in life. We can actually reprogram it and turn it on to recognize cancer and treat it as a pathogen. This is a huge bright spot in cancer treatment, and there are remarkable trials where virtual every person in the trial goes from stage 4 terminal cancer to being in remission.

Medicine is going to be profoundly different in a decade from now. If you’re diligent, I believe you will be able to achieve longevity escape velocity, which means that we’ll be adding more time than is going by, not just to infant life expectancy but to your remaining life expectancy. It’s not a guarantee, because you can still be hit by the proverbial bus tomorrow, and life expectancy is actually a complicated statistical concept, but the sands of time will start running in rather than running out. In another decade further out, we’ll be able to reverse aging processes as well.

Excerpted with permission from Architects of Intelligence: The Truth about AI from the People Building It by Martin Ford. Published by Packt Publishing Ltd. Copyright (c) 2018. All rights reserved.

The Power of Positive Thinking

8 Nutrients That Will Optimize Your Eye Health